Cruciate ligament rupture is the famous knee injury of professional footballers. It is surprisingly common in dogs too.

If the ligaments are damaged they need to be replaced during an operation on the knee. After the operation most dogs return to full athletic fitness.

There are 2 cruciate ligaments in each knee joint. These are small cords which join the bones above and below the knee, effectively holding the knee together.

The ligaments are damaged by a twisting injury to the knee. This is most often seen in athletic dogs who jump or turn suddenly while running. Some breeds seem to have weak ligaments and the ligaments in all dogs get weaker with age and so tear more easily. Damage can also happen in obese dogs due to the excess strain on the joints.

Sometimes the ligament suddenly tears. If this happens it is most likely to occur when your dog is running around at exercise. They will pull up, hopping lame on one back leg. Dogs with cruciate ligament tears stand in a very characteristic way with their back toe just touching on the ground but not taking any weight on the affected leg. Often the ligaments tear slightly to start with and this may make your dog lame on and off for a while.

Your vet will probably suspect what is wrong with your dog from your description of the symptoms. They can confirm what is wrong by feeling the knee joint (which will probably be swollen) and pulling on the ligaments to see if they are damaged. Sometimes it will be necessary to give your dog an anaesthetic to examine the knee properly. Your vet may want to take some x-rays of the knee to see if there has been any other damage to the joint or signs of disease in the other knee.

As in humans the damaged ligaments can be replaced by a man-made suture to stabilise the knee. This requires an operation on the knee joint.

It is a relatively routine operation, but for the purposes of pain management it is likely your dog will stay at the hospital until the day after the surgery. At home your dog should be confined to a small area of the house and will need to be exercised on a lead only for 6-8 weeks after the surgery. Exercise should be very restricted at first and then very gradually built up on a weekly basis.

The operation is usually a great success in most dogs. Provided you are able to follow the postoperative instructions that your vet gives you and keep your dog's exercise restricted, they should be able to walk on the leg again soon after the operation. However, use of the leg as it was before the operation may a few months. As your dog gets older it is likely they will develop some stiffness in the joint - it is quite usual for arthritis to develop in a joint that has been operated on. 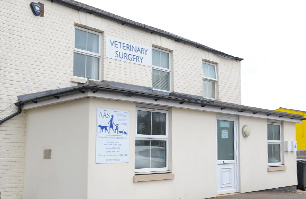 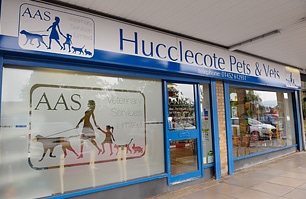